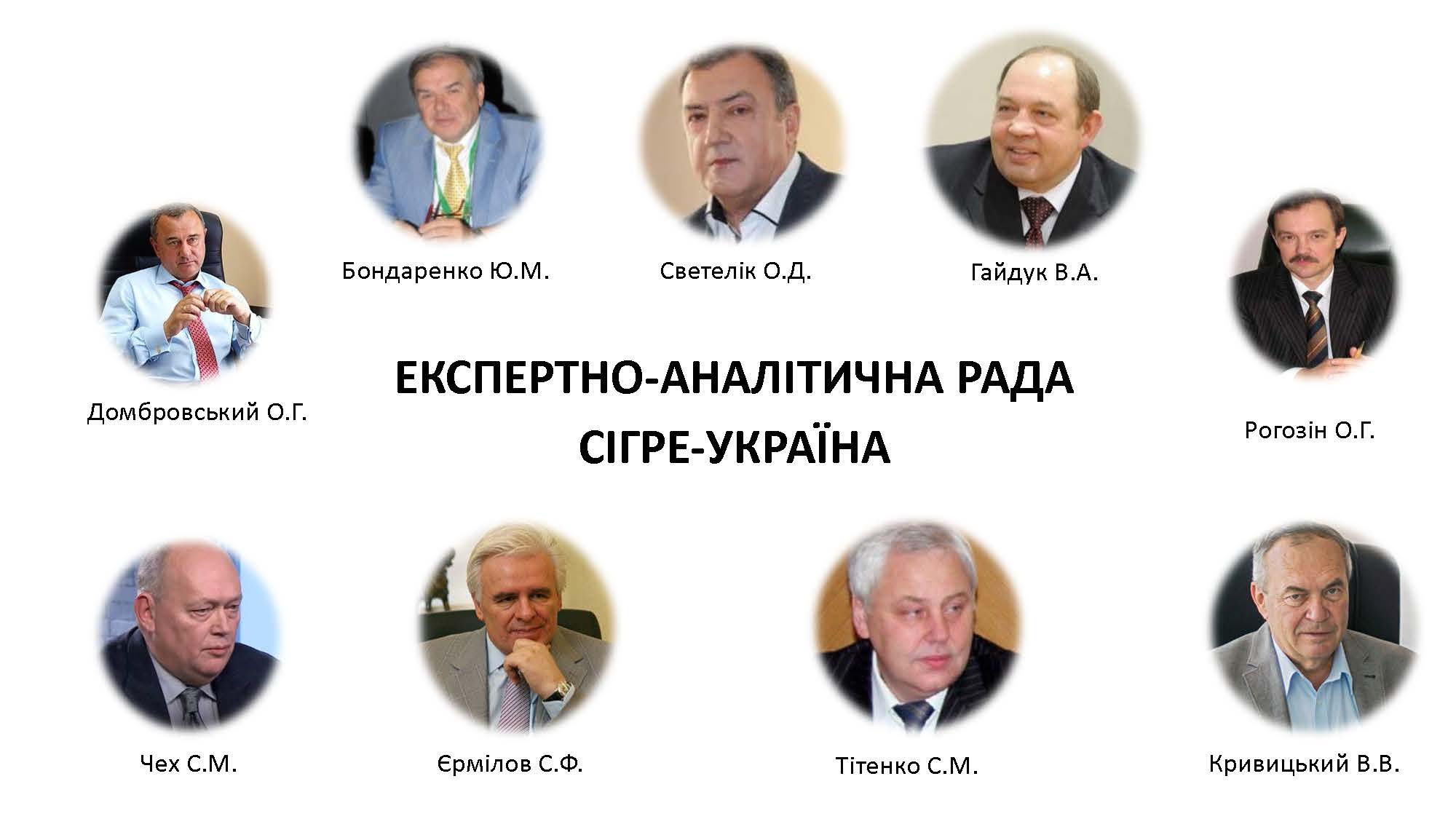 The Expert-Analytical Council CIGRE-Ukraine is familiar with the information „On the way to a full-scale electricity market. Possible Transitional Tasks” O. Rogozin made a presentation (the presentation is attached).

The participants of the meeting noted:
– incomprehensibility of the situation when all participants of the wholesale electricity market declare readiness to work in the new conditions of the market of electric energy, but, along with this, prepare proposals for its delay;
– the need for urgent measures to be taken to meet the deadlines for starting a new electricity market;
– any decision on amendments to the Law of Ukraine “On the Electricity Market” to take after a reasoned analysis of the reasons for the impossibility of implementing the measure by July 1, 2019 and the determination of a specific term for its implementation.

At the organizational meeting of the Expert-Analytical Council CIGRE-Ukraine acquainted with the information „Prospects for the integration of the UES of Ukraine to the ENTSO-E” made by D.O. Olefir (presentation is attached).

On the eve of the MIM-CIGRE Energy Club meeting an online survey was conducted.
Respondents (MIM graduates) were asked to answer 8 closed questions that foreseen simple Yes or No answers about what they knew about electricity market reform in Ukraine and what opportunities / threats they felt during the first three months of it implementation.
90% of the respondents said they did not feel the improvement of the service, the supplier for them is still unreliable and they could not use the vendor change option.
63,8% of the respondents indicated that new tariffs did not meet their expectations.
65,7% of the respondents said that they were willing to pay more if the service and reliability of electricity were improved.
67,6% of the respondents more trust in the price of electricity, which creates market than that, which sets the state represented by the regulator – NKREKP.
79,4% said that European integration of the electricity market corresponds to their interests.
According to the results of the first meeting of the MIM-CIGRE Energy Club, the Communiqué was adopted:

COMMUNIQUE / PRESS RELEASE
According to the results of the discussion in the MIM-CIGRE Energy Club:
We, the speakers of the discussion and the organizers of the meeting came to the conclusion that:
– retail electricity market implemented without adequate informing consumers;
– consumers do not realize their market position and do not have a clear algorithm of action in the changed conditions.

By the results of the three months activity of the new market there was a stratification of consumers for the following groups:
– the population, as well as a large number of legal persons who take a passive position, have made the unconscious choice of universal service provider due to reluctance to leave the “comfort zone”;
– advanced consumers who have market players’ ambitions are disappointed with the lack of variety of vendor offers, lack of delivery guarantees, and assurances of compliance with stated prices. This group of consumers is concerned about the deterioration of its competitive position due to the cancellation of the zone tariff;
– consumers with a low reputation as electricity payers did not receive commercial offers from suppliers and were forced to use the service of the last hop supplier.

We consider it expedient the implementation of the following measures in order to ensure real competition and to obtain benefits from consumers:
– strength fundamentally the secondary documentation with requirements on price and technological competition in the market of supply of the energy products and services;
– introduce strict responsibility for discriminatory behaviour of the energy companies, manipulation by them of the prices and content of contracts;
– ensure the printing of the results of the monitoring the indicators of electricity quality and electricity services.

Thank you to everyone who participated in the meeting of the Energy Club MIM-CIGRE.
We look forward to receive your feedback and suggestions for the future meetings.

The Expert-Analytical Council CIGRE-Ukraine made a decision to cooperate with the International Management Institute (MIM) and to organize on its basis of the Energy Club MIM-CIGRE Activities.
Presidents of the CIGRE-Ukraine Olexander Svetelik and of the MIM Business School Iryna Tykhomyrova signed a Memorandum of Partnership, according to which they agreed on the following:
• to form a process of cooperation, based on the principles of mutually beneficial cooperation;
• to create conditions for the maximum effective use of resources of each Party;
• to direct efforts to ensure the implementation of the strategic tasks of the Parties and to strengthen their leadership positions in the market of business education and in the electric power industry;
• to conduct joint activities, including meetings with foreign business. 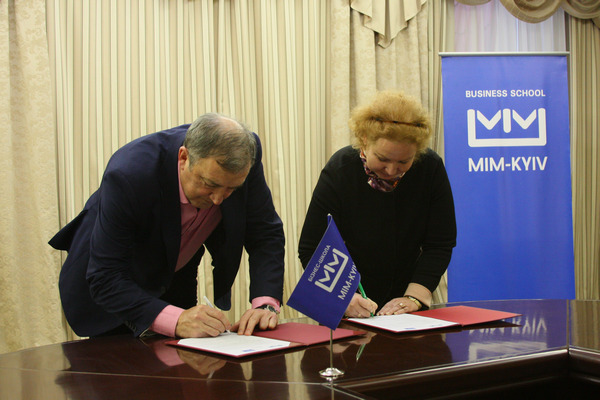 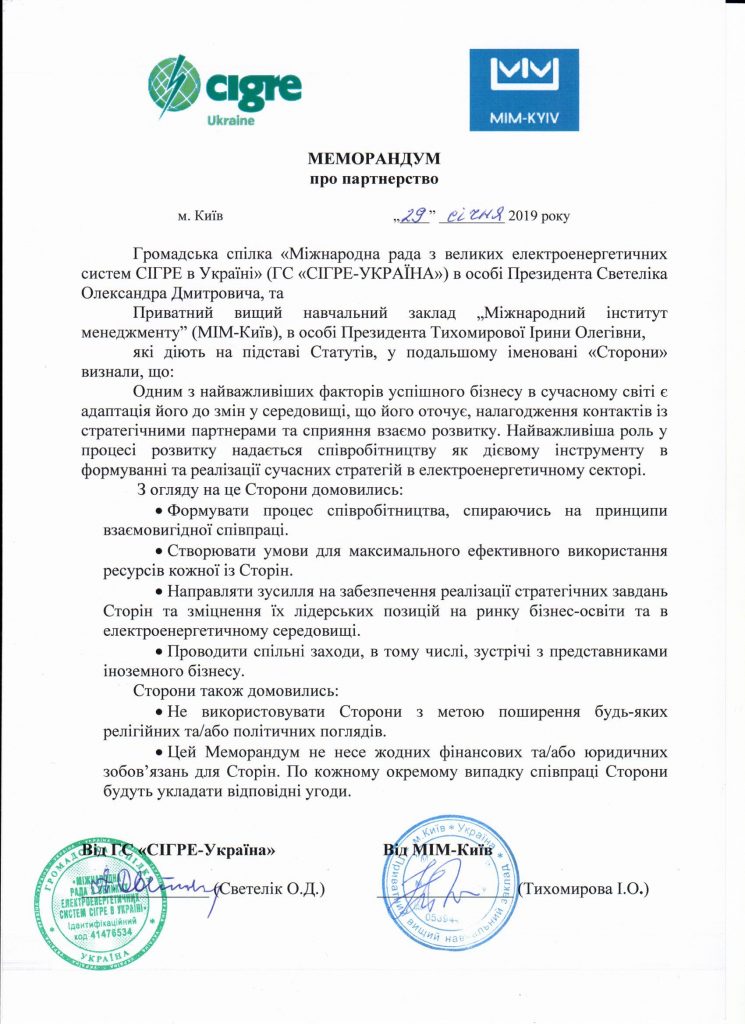 at the site of the International Council on Large Electric Systems CIGRE-Ukraine on the initiative of former heads of the Ministry of Energy of Ukraine and the National Energy and Utilities Regulatory Commission of Ukraine was established an Expert-Analytical Council CIGRE-Ukraine, which consists of: